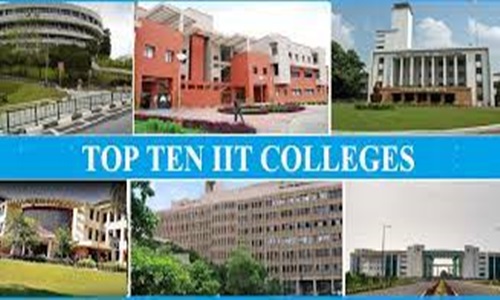 The Indian Institutes of Technology (IITs) are the most prestigious institutes for engineering across India. They are autonomous institutes under the Ministry of Education, Government of India. The institutes are the perfect embodiment of the best technical education in the country. The engineering aspirants of the country always aim for the IITs as they provide the best faculty and opportunities for the students with the best education.

The best IITs to aim for in India can be selected with the NIRF Ranking. The NIRF or National Institutional Ranking Framework ranks the institutes of higher education in the country. This framework is adopted by the Ministry of Education, Government of India. The NIRF Ranking of 2021 was released by the Union Education Minister, Dharmendra Pradhan on the 9th of September. The ranking is done with respect to the college’s teaching, research and professional practice, peer perception, learning and resources, outreach and inclusivity, and graduation outcomes.

As per the NIRF Ranking, the top IIT colleges in India are as follows:

It is for the third time that IIT Madras tops the lists of colleges as per the NIRF Ranking. The institute was established in 1959 in the capital city of Tamil Nadu, Chennai by the Government of India. The institute is credited for its brilliant faculty members and the inclusivity on the campus, as the institute has students from across the country and even from abroad. Thus we can see a diverse set of ideas and talents in the institute. The institute has also been featured in the international ranking of between 500 to 1000 institutes in the world.

With 16 academic departments, some research centers, and many laboratories on the campus, the institute helps its students in their overall knowledge development. The students on the campus are keen on problem-solving and very much interested in experimentation. They have great ideas which the institute encourages with its specially developed curriculum. The curriculum encourages the students to do research with academics. The courses are arranged as semesters. The courses of Petroleum Engineering, Electrical Engineering, and Mechanical Engineering from IIT Madras have got ranked in the QS World University Ranking.

IIT Delhi was set up in 1961 as a College of Engineering and was later declared as the IIT Delhi in 1963. With almost 100 courses across 14 plus streams mainly in Science and Technology, the institute is one of the most celebrated in our country. The excellence of the college can be understood by the talents of its alumni, who work as scientists, technological managers, entrepreneurs, and similar high knowledgable jobs across the globe. The best programs in the institute are Computer Science, Mathematics and Computing, Electrical Engineering, and the integrated course for CSE.

Situated at Powai, the Indian Institute of Technology Bombay was established in the year 1958. The institute offers engineering courses and doctoral degrees on subjects like Science, Technology, Mathematics, etc.

The first IIT to be set up in India with foreign help was IIT Bombay. The institute is known across the globe for its excellent education and faculty. The institute attracts students from across the globe for its undergraduate, postgraduate as well as doctoral degree programs. Many students choose IIT Bombay above other prestigious institutes of the country.

The government of India established IIT Kanpur in 1959. The institute is known across the globe and has also been ranked in the 500 to 1000 institutes in the world. The research and academic activities conducted in the institute have been in collaboration with international institutes making it even more best. The laboratories and research facilities available in the institute is also top-notch.

IIT Kharagpur was established in 1951 in the state of West Bengal. The pointing out factor about this institute is its library. The library of IIT Kharagpur is one of the best in the country and has many materials including research papers. The curriculum of the institute is also appreciated for focusing on the students’ interests in the subject and their development.

Roorkee is a city in Uttar Pradesh. IIT Roorkee was established in 1847. With over 21 academic departments, IIT Roorkee is one of the foremost institutes of National Importance in the country. With its top-notch research programs, the institute aims at molding students who will be a great contribution to the field of Science and Technology.

Established in 1994, IIT Guwahati is the sixth established IIT in India. The institute has great placement assessments for the students and aims at both the theoretical and practical knowledge of its students. With an additional number of seats attributed to the girl students, the institute offers help for the education of girls in the country.

IIT Hyderabad was established in 2008 and has the most modern infrastructural facilities. The institute takes high credits for its collaboration with the IT Hub, and its research facilities.

Also known as IITI, the Indian Institute of Technology Indore was established in 2009. It has quality academic and research services both in the field of Science and Technology, and Humanities and Social Sciences.

Established in 1919, IIT Varanasi has 14 departments which like every other IITs excel in the field of academics, practical, and research studies. It keeps up its position by ranking within the 10 best IITs in the country almost every time.

The rankings of NIRF keep on changing every year. But most of the time the IITs that rank till the 5th position remain the same even if they interchange frequently. With equally important and prestigious academic facilities all the IITs of the country are well-reputed and perfect for higher education. In India, IIT has got its own respect and love from the people.

Even though the process of getting into one of these institutes is a little hard, it is sure that nobody will regret their decision. Doesn’t matter which IIT you get into the quality of education, the faculty, and materials you get will always be the best. Also, the various programs conducted in the institutes may it be the fests or the celebrations are very interesting and worth mentioning.

admin 0
Students of class 7 who are needed to qualify Maths Olympiad to require a lot of effort, as a student needs to dedicate a...

Everything you need to know about simple interest formulas!

Common Mistakes to Avoid On Your Colorful Weave

Top Tips for the Day Before your Board Exam

How To Start IAS Preparation – For Beginners