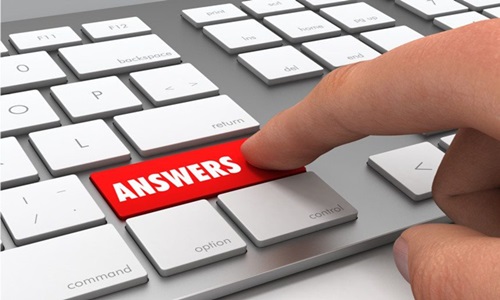 We encounter math in all we do in our daily lives. Math is present in every action we engage in. Math teaches us how to distinguish between objects. Math is the foundation of learning because it teaches us how to do things like calculate, solve problems, differentiate, and compute. Counting, subtracting, adding, dividing, and multiplying are all basic math skills that everyone should be familiar with. Math is used to count age, money, scores, measure weight, time, amount, and identify dates, among other things. In the back of our minds, we make calculations. Math is more than just equations and numbers; it has a wide range of applications.

Math Olympiad is an example of an event that students may take advantage of to enhance their math skills. It enables students to quickly grasp concepts and comprehend difficult issues. This test aids in their comprehension of subjects as well as their ability to think critically and analytically. Math teaches students how to utilise and understand shapes while also helping them build problem-solving abilities. The value of time is taught to us through math. A youngster learns to make decisions and compare items based on the amount, measurement, and number. When students encounter diverse parts of math, they are laying the groundwork for their future employment in architecture, engineering, health care, science, the arts, banking and finance, information technology, and other fields. Math is widely regarded as the most difficult subject by many students. Students who believe they will never be able to understand math might experiment with various methods of learning the subject.

So, when you are going to start your preparation keep these things in mind

Being mentally confident is essential to competing well in any Olympiad. Continue to visualise success, and it will occur to you.

Begin with the most difficult questions or the ones that carry the greatest weight. Solve the Achievers Section first in the International Math Olympiad (IMO), for example. Continue in this fashion, saving the most difficult piece for last. When you’re in a hurry, you may quickly skip through such questions. Also, each question should take no more than a minute or two to complete. An Olympiad normally lasts an hour and includes 50 to 60 questions. If you want to finish quickly, go over your notes again and make sure to stick to the one-minute rule for each question. Last but not least, be cool throughout the exam so that you may work more efficiently.

Since not all ideas can be discovered in textbooks, you’ll need to find another approach to collecting them. “Search and study” is the greatest technique for this. This is how it works. You begin by reading the issue. Then, during the following 15 minutes, you do your hardest to come up with all potential solutions. This amount of time is generally sufficient to become acquainted with the issue. Then, regardless of whether you solved the issue or not, you read the solution. This technique will allow you to efficiently move through the lists of challenges, resulting in the rapid development of ideas.

That’s great if you enjoy solving math problems. The medals at the actual math olympiad are not given to the person who enjoys solving problems more than the rest. They are provided to pupils who can solve the issues in a certain amount of time. To acquire this talent, you must design an olympiad exam for yourself by simulating the actual exam as closely as possible. Take questions from prior examinations, previous year’s shortlists, or contests with a comparable spirit and level. Use the same format as the tournament you’re preparing for. Make a mock test with 3 problems and set the alarm for exactly 4 and a half hours to finish it if your math olympiad will contain 3 problems for 4 and a half hours.

Find a competition which is similar to the one you want to enter and practise with its issues. If you’re preparing for the USAJMO, for example, you can take questions from the Russian national math Olympiad, the Junior Balkan Mathematical Olympiad (JBMO), the Mathematical Olympiad of Central America and the Caribbean (OMCC), the Asian Pacific Mathematics Olympiad (APMO), and other competitions. A considerable number of the questions are similar to those found in previous math Olympiads, while some may be a tiny variation or even a “copy and paste” of a previously solved issue.

Solving previous tests is the greatest approach to getting a good understanding of the degree of difficulty and themes of a competition.

What all you need to know to prepare for class 10...

admin 0
We encounter math in all we do in our daily lives. Math is present in every action we engage in. Math teaches us how...

How a Waste Removal Company Can Help With Recycling E-Waste In...

What Are The Benefits Of Billboards As An Advertising Tool?

Best Places to Go in the Maldives

How to Find the Best Technology Partner for Your Project?