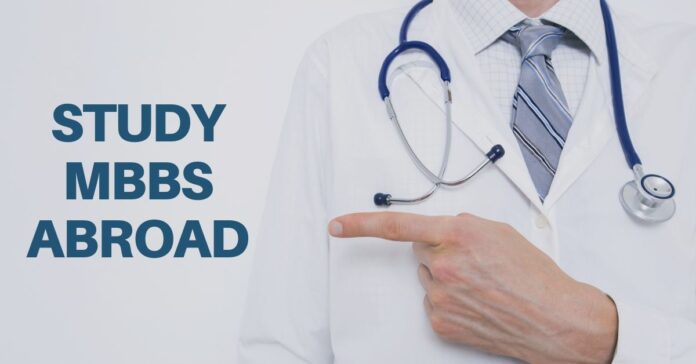 Studying MBBS and being a doctor has always been a life goal of many students. However, many a times, the goal seems unattainable and even unviable for many. For any Indian student seeking to pursue MBBS follows a strict requirement to qualify the NEET exam whether they wish to pursue MBBS abroad or in India.

When taking a closer glimpse at the national health structure of India, various health experts and leaders share the common view that it needs immediate and frantic measures in order to improve itself. India ranks at the 184 position among the 192 countries in health care which in itself subsumes the skewed state of affairs the country has faced and also might face if no change is initiated.

In a recent news flash, the Honourable Prime Minister of India, Narender Modi had inaugurated 9 medical colleges in Uttar Pradesh last week. Though it can be called a major achievement, it is not certainly enough. Instead it is just a drop in the ocean. The new addition of medical colleges is estimated to further add 700 seats in India.

In a country like India, with 1 doctor per 1,511 people against the WHO mandated 1 per 1000 people, the addition of few more hundred seats to the thousands

In India, any student aiming to study MBBS abroad, requires one to start calculating right from the top that too from the first step itself. Here are a few adversaries the students having the aim to study MBBS, whether in abroad or in India must take into considerations:

1. Coaching For the NEET

In general, having an aspiration to study medicine by default induces the requirement of getting the coaching for the NEET exam. It is a common belief that the students have to get enrolled in the best coaching institutes to qualify for the NEET and get a good rank. Though the experts are of the opinion that having a complete as well as the precise knowledge of course book such as NCERT are sufficient, but due to the exceeding competition and the urgency of getting a good rank makes taking additional help seemingly more resourceful.

However, affording good coaching for the exam is another concern for the many students of the underprivileged category. Even those who can afford it have to clear the entrance exam in order to get into the best coaching institutions. Therefore the expenditure for being a doctor starts way before getting admission in MBBS course in India or abroad.

An average fee for two years of coaching is approximately INR 3,50,000 which may vary as per the choice of the institute and the duraton. This is also in addition to the school and board fees required to be paid by the students.

2. Anticipation of Result & the Cut-Throat Competition

The above discussed point is directly related to the limited number of seats the country has. No correct estimate for the total number of undergraduate medical seats exists in the country. Most rough estimates put out by coaching institutes and analysers are believed to be 40,000 in the government medical colleges; adding the seats of private medical colleges, the numbers increased to 78,000. However, there is no definite or official number of medical seats in the country as of current.

This has resulted in the cut-throat competition among the young medical aspirants, which often leads to devastating results, especially for those who lack resources.

It is due to this reason that many underprivileged students are insecure about their NEET Result. In the high-stakes NEET, where as many as 16,00,000 students compete for approximately 40,000 seats of government medical colleges and 30,000 seats in private medical colleges, making a cut is an extremely challenging task. In lieu of which, we often come across the news headlines of NEET students committing suicide.

The Justice A.K. Ranjan Committee, set up by the state government of Tamil Nadu to analyse whether the students of the privileged categories have an advantage in the NEET performance, concluded that they certainly did. The committee had submitted its report, after which the NEET exam was scrapped for the students of Tamil Nadu. The decision was prompted by several teen suicides in the states as the medical aspirants from the low income homes, feeling hopeless, killed themselves.

3. Disproportionate number of Doctors in India

As a direct result of this competition and lack of resources in the many households, the country at present is facing an extreme shortage of doctors, nurses and specialists in India. The ground reality and the superficiality of the situations came into light during the second wave of Covid-19, when the entire health-infrastructure seemingly fell short of catering to the everyday influx of the patients.

In September, 12,000 people in Firozabad, Uttar Pradesh, were bedridden by a dengue outbreak, in addition to the severe shortages of Covid in April. More than 100 people died, including 88 children.

A report of the 15th Finance Commission, 2021-26, the first of its kind stock-taking of India’s health backbone in the pandemic, states that ‘The Covid-19 pandemic has exposed various fault lines in the country’s health sector. Low investment, sharp inter-state variations in the availability of health infrastructure and in health outcomes, supply side problems of doctors, paramedics, hospitals and inadequate number of healthcare centres like primary health care centres are some of the structural challenges that exist. Consequently, we find about 70 percent of expenditure on health is out of pocket, one of the highest globally. High out-of-pocket expenditure poses the largest risk to the population living below, and at the margins of, the poverty line.”

4. The Diaspora of Students Choosing To Study MBBS abroad

Due to all these concerns, several students opt to study MBBS abroad. Universities of Russia, Middle East and Americas are rapidly gaining popularity and preferences among the young Indian students. Studying MBBS abroad, though it is required to qualify for the NEET, however, does not demand you to have a cream score.

As medical education costs increase in India, other countries benefit. In addition to Russia, Bangladesh has also become a popular destination for medical students from developing nations like India.

The 15th Finance Commission further reports that, ‘‘A number of students aspiring to become doctors choose to take admission in medical colleges in foreign countries. The number of such students rose from 3,438 in 2015 to 12,321 in 2019.’

A Bangladesh ‘package’ costs a student Rs 25 lakh to Rs 40 lakh, whereas in Russia an aspirant can become a doctor for Rs 20 lakh, hostel included. Both countries have their own USPs attracting thousands of Indian students every year.

From the above points of discussion, it can be concluded that being a doctor in India can often be an expensive affair. Studying MBBS abroad is generally a secondary choice for the students after government medical colleges of India as an affordable option.

Rus Education has been working for the past 30 years, to provide and promote medical education in Russia. Till now, over 50,000 students have successfully fulfilled their dream of becoming a doctor and as many as 8,000 students are currently studying in top medical universities in Russia.

To book a personal counselling session, the students can ring us at our student helpline number 1800-833-3338 or visit the nearest office of Rus Education at the time of their convenience.

admin 0
As a new homeowner, you are not able to choose your neighbours. You do not want to be awake at night, watching the person...

How Can You Make Your Brand Stand Out Using Facebook Video...

Secure your favorite patio table cover with these simple steps